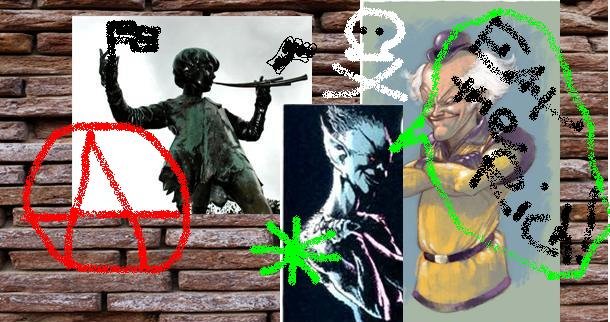 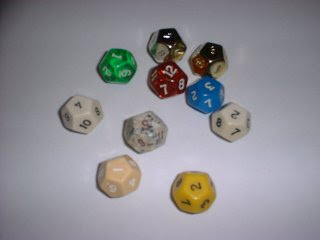 
Currently, I'm co running a game, and playing in another quasi/semi regularly. The game that I'm co running has a really high likelihood of ending this session. If it does not, it will almost certainly end the next. The game I'm playing only meets about once a month or so. I should be working on props for the game I'm co running, but with the ultimate demise of the team so readily apparent, I find myself focusing on the future instead.

For the last few months, I've been working on a new White Wolf: Old World of Darkness game setting. Set on an Island on the other side of the world, I have found a wealth of information on Youtube, and on Wikipedia. But not just the main pages of Wikipedia, no; in fact it is the discussion pages that show some of the true nature of how people really feel. If you have never read a discussion page, I encourage you to do so. But be prepared for long rants on topics that are barely understood by the people that post about them. These Wikipedians will throw rule after rule to back up their claim, and will often just graze the line of decency, in the hopes that their opponent will cross it, and then be banned. Great stuff.

So anyway, like I was saying, Sri Lanka. Shadow government run by vampires. Not really breaking the bank with the basic concept, but I have been studying native music and religious culture to ad to the mix, and overall I'm having a good time. But I'm trying to make sure I reign myself in. My friend Mark and I have talked quite extensively on the problems we ran into in our game.

Basically, if you put too much time and effort into a world, your players will invariably not dig deep enough to notice your subtle clues. If you don't put enough time into your world, your players will invariably find the plot hole. Push them gently in a direction, and you are railroading them, yet leave them be for a session, and they get bored. These are my friends mind you, people I like, and whose opinions I care about. Creating a world for a game is frustrating and ultimately only as fulfilling as your friends make it. I can spend the next few months creating a world, but until I drop my friends in the middle of it, it hasn't moved. It's like a PC game with a sandbox style scenario editor. I can create a government, fill it with Lords spiritual and temporal, and ministers out the wazoo, but until the players start there is no intrigue; just the idea of intrigues future.

This weekend I'm not sure what I'm doing, plans seem to shift all the time, but be assured that I will spend far to much time worrying about a game that I will ultimately find a little disappointing, but that my friends will find so dense and confusing that I have to end it early.
Posted by Unknown at 4:29 PM

YAY gaming posts! I have ideas. I have games I want to play. I have suggestions. I have no time this weekend. But we should share a meal sometime soon, and discuss.

I'm good for it, Mark may be as well. How late is too late? Should we be talking about dinner, or fourth meal? Or were you thinking weekend?